User has no reviews 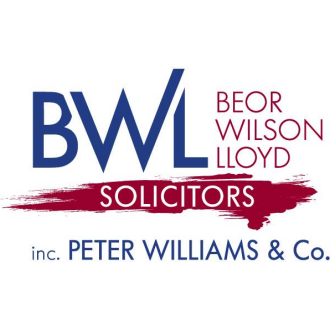 Is this your business? Claim it.
Legal services
General litigation law

We believe that the earliest knowledge of, what became Beor Wilson Lloyd (and latterly BWL), dates back to 1798 when a legal partnership was carried on by a Mr Jenkins and a Mr Jeffreys. The partnership later continued as Jeffreys and Gascoigne, with Mr Gascoigne then practising alone. Later Mr Gascoigne took a junior partner called Mr Fry, who we can trace as having been admitted as a Solicitor in 1873.

In 1870, Mr Edward Henry Plant commenced practising, and by 1886 when Richard White Beor the elder died, his son amalgamated his practice with those of Mr Fry and Mr Plant. They first practised at 8 Temple Street, Swansea, and latterly at 12 Temple Street (on the corner with Castle Street).